Background/Aims: Recurrent cholangitis due to retained common bile duct stone (CBD) is common even after complete stone removal. This study aimed to study the role of preventive saline irrigation of the bile duct (PSIB) after endoscopic stone removal of CBD stones in reduction of residual CBD stones.

Methods: This is a single center, randomized single blind study. Enrolled patients were randomized to either receiving PSIB (PSIB group) or not (non-PSIB group) after stone clearance. EUS was performed after ERCP for evaluating the presence of residual stones. Two follow-ups were conducted after both procedures to collect the data of length of hospital stay, and evaluate liver function test.

Results: 76 patients were enrolled with similar baseline characteristics. Overall residual CBD stones were detected in 12 patients (15.8%) but significantly higher in non-PSIB group (32.4% versus 5.1%, P = 0.002). Univariate analysis revealed that saline irrigation is an important factor associated with incidence of residual CBD stone (P = 0.002). Multivariate analysis showed saline irrigation (P = 0.004) and pre-procedure ALT level (P = 0.008) are significantly correlated with retained stone. However, at 2 weeks after the procedure, there was no significantly difference in LFT. The length of hospital stay and procedure-related complication were statistically similar in both groups.

Conclusion: PSIB could reduce the residual CBD stones without increasing complication and might be an add-on procedure from ERCP to prevent recurrent cholangitis, especially in high pre-procedure AST and ALT. However, there was no significant difference in LFT at 2 weeks after the procedure. 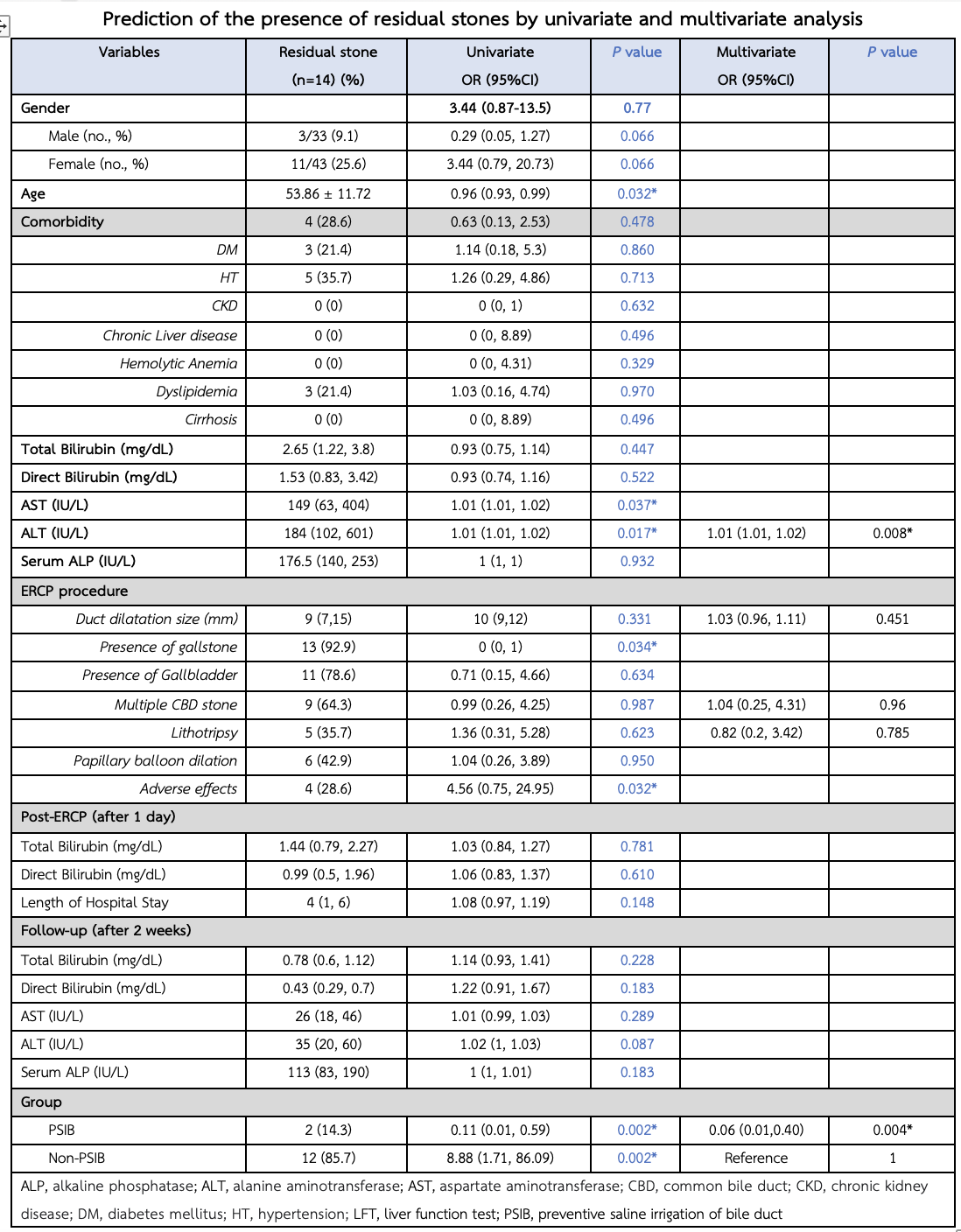