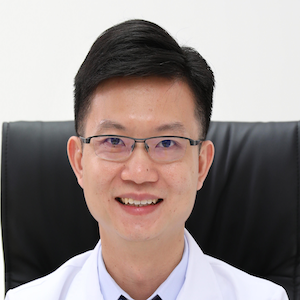 Dr Lee Choon Kin obtained his medical degree from Universiti Kebangsaan Malaysia (UKM) in 2006. Subsequently he became a Members of Royal College of Physicians, United Kingdom in 2010. He served as a physician in the Department of Medicine Hospital Pulau Pinang from 2010 till 2013. Between 2014 till 2016 he had completed his fellowship training in Gastroenterology and Hepatology in Hospital Ampang and Hospital Kuala Lumpur. During his training, he had vast exposure to management of common and various gastrointestinal diseases and chronic liver diseases with experiences in both diagnostic and therapeutic endoscopic procedures. In 2017 he undergone further training in inflammatory bowel disease( IBD) under the mentorship of renowned IBD expert Professor Ng Siew Chien in Digestive Disease Institute and Prince of Wales Hospital, Hong Kong where he managed complicated inflammatory bowel diseases. He served as consultant Gastroenterologist in Hospital Pulau Pinang since March 2018. He was a member of Inflammatory Bowel Disease - Special Interest Group (IBD - SIG) to share experiences and impart knowledge to the junior trainees. In 2020, he joined private practice in Loh Guan Lye Specialists Centre until now.