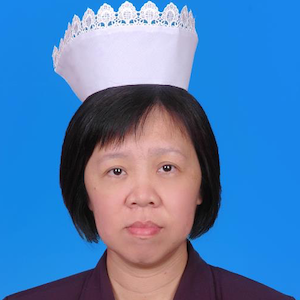 Ms. Liew Siaw Hun completed Basic Nursing training in 1992 at School of Nursing Johor Bahru. She then worked in various hospitals / units till 1995. She started her journey of nursing endoscopy in July 1995 after posted to Combined Endosocpy Unit in Kuala Lumpur Hospital. She had a three weeks training in Endoscopy Unit, Singapore General Hospital in 1996. She has further training in GI Nursing at Royal Prince Alfred Hospital Sydney Australia in 2008 for 2 months, and training of Advance in Management of Endoscopy at Sir Charles Gairdner Hospital, Perth, Australia in 2013. Ms. Liew holds a degree of Health Science in Nursing and Graduate Certificate for Post Basic of Gastrointestinal Nursing (6 months training) in Malaysia. She is a credentialed gastroenterology nurse. Since 1995 till now, she has contributed greatly to multiple International Endoscopy Workshops organized by Kuala Lumpur Hospital and Selayang Hospital. She also participated in few researches done by Gastroenterologist. She has spoken at state, national and international endoscopy nursing conferences on a variety of topics. She was the secretary for Malaysian Society of Gastroenterology Nurses and Medical Assistant (MSGNMA) since 2001 – 2012. Then she was elected as vice president in 2013. Ms. Liew has contributed in preparing/written up of SOP Gastroenterology Services Operational Policy especially in GI Nursing which was published in July 2016 by Ministry of Health Malaysia. She is currently a Nursing Matron in charge of Day Care Center at Selayang Hospital, Selangor Malaysia. She is currently the vice president of MSGNMA.