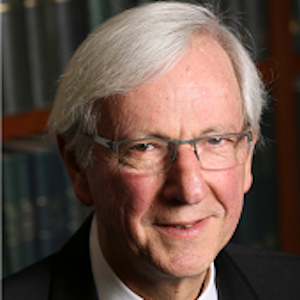 GEOFFREY METZ trained in general medicine in Melbourne before undertaking five years training in gastroenterology at Central Middlesex Hospital, London before returning to positions at Alfred Hospital and Epworth Hospital in Melbourne. He headed a Medical Unit at The Alfred and also taught students and doctors in training before joining the Hospital Board of Management for several years. Geoffrey has had a very deep interest in medical education over several decades. He was Chairman of Continuing Education and Continuing Professional Development at the Royal Australasian College of Physicians for several years before becoming President Elect and then President of the College. Geoffrey has been heavily involved in development of medical education internationally through the World Gastroenterology Organisation over the past twenty years and is currently Secretary General of the WGO. In that role, he chairs an International Committee on the effects of Climate Change on health. Over the past 18 years, Geoffrey negotiated with The University of Melbourne, Monash University and then Deakin University to develop the Epworth Clinical School and he was the inaugural Dean of Medicine at Epworth HealthCare. Geoffrey is a Professor of Medicine at The University of Melbourne and also at Monash University. In 2001, Geoffrey was awarded an Order of Australia for Services to Medicine and Education. In 2021, Geoffrey was awarded the Officer of the Order of Australia for Services to Medicine and for International and National educational activities.