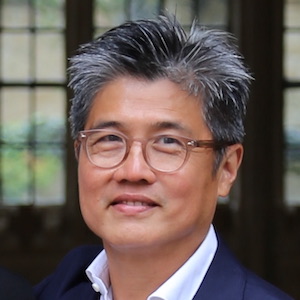 Dr Jason Chin Kuet Tze Consultant Gastroenterologist and Hepatologist ------------------------------------------------------------------------------------------------------ Dr Jason Chin gained entry to Liverpool Medical school in 1980, before qualifying with MB.ChB. in 1985. After obtaining his postgraduate qualification, MRCP in 1988, Jason commenced his subspecialty training in Gastroenterology and Hepatology in North West London. He worked in the world famous Medical/Liver Unit in Royal Free Hospital, London. He became the registrar in Professor Roy Pounder’s Gastroenterology Unit, and later, in the Liver Unit with the late Dame Sheila Sherlock, and the late Professor Andrew Burroughs. Upon completing his registrar rotation, Jason took up the post as a Research Fellow under Professor Burroughs, before coming back to Malaysia in 1993 as a Clinical Specialist in the Department of Medicine, Hospital Kuala Lumpur. During his time as a research fellow, he published papers in peer reviewed journals. Having left Hospital Kuala Lumpur for private practice in 1996, Jason has been working as a gastroenterologist and hepatologist in Gleneagles Kuala Lumpur. Since coming back from the United Kingdom in 1993, Jason has been heavily involved with the gastroneterology fraternities in Malaysia. He was the Secretary of the Malaysian Society of Gastroenterology and Hepatology from 1995 to 1998, before becoming the President of the said Society in 2002. Jason was one of the founding members of the Malaysian Liver Foundation, which was registered in 1995. He was the first secretary of the Foundation, and later became a committee member until 2001. Over the years, he had been involved with organising international meetings, including the bi-annual International Liver Updates, the annual GUT meetings, and Internatiional H pylori meetings. He was also in the expert panels of various guidelines: 1. The 1st Asia - Pacific Consensus Statement on management of Chronic Hepatitis B (1995) 2. Clinical Practice Guidelines on management of Variceal Bleeding in Malaysia (2004) 3. Recommendation for sedation and analgesia by non-anaesthesiologists (2013)