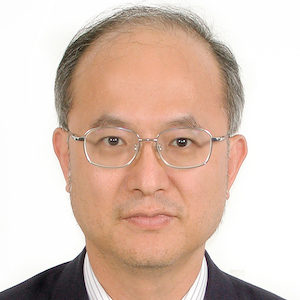 Ming-Shiang Wu is the distinguished professor and superintendent in the National Taiwan University Hospital, and President of the Gastroenterological Society of Taiwan. Professor Wu graduated from the National Taiwan University College of Medicine in 1989, and obtained his PhD from the University’s Graduate Institute of Clinical Medicine in 1998. After completing his internal medicine residency and gastroenterology training, he was appointed staff physician in the Division of Gastroenterology, National Taiwan University Hospital, in 1995. He has taught at his alma mater since then, gradually rising in the ranks to his present position, to which he was appointed in 2006. Professor Wu’s main areas of interest are Helicobacter pylori-associated gastroduodenal diseases and gastrointestinal malignancy. Author of more than 450 scientific papers and 3 book chapters, he is the members at the editorial boards of Gut and Gastric Cancer. He is the recipient of several academic research awards, including the Outstanding Research Award of Taiwan’s National Science Council & Ministry of Science & Technology (three times) and the Emerging Leader Award at the Asia Pacific Digestive Week 2008, for his contributions related to gastric carcinogenesis and the pathogenesis of H. pylori-related diseases.