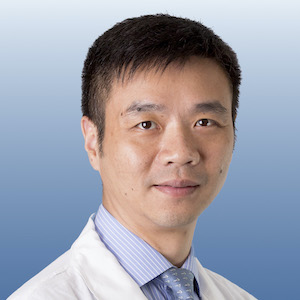 Professor Ng graduated from the University of Hong Kong in 1995. He specializes in hepatobiliary and pancreatic surgery and liver transplantation. He joined the Department of Surgery, The University of Hong Kong since 1996. He became Associate Professor in the Department of Surgery, The University of Hong Kong in 2016. He was subsequently promoted to Professor in the Department of Surgery, The Chinese University of Hong Kong in 2019. He is a fellow of the Royal College of Surgeons of Edinburgh and the American College of Surgeons. He is also a member of several international professional organizations, including the International Society of Digestive Surgery and International Hepato-Pancreato Biliary Association. Internationally, he is the treasurer of International Society of Digestive Surgery Asia-Pacific (ISDS AP) and Asia-Pacific Digestive Week Federation (APDWF). Professor Ng’s main research interests are in the field of liver cancer and liver transplantation. His clinical research interest in liver cancer ranges from surgical management for early cancer to local ablation therapy for advanced disease. He was awarded the postgraduate degree of Doctor of Philosophy on the study of local ablation therapy in animal models and the degree of Master of Surgery on the study of clinical applications of radiofrequency ablation for liver cancer. He has authored and co-authored over 100 peer-reviewed articles in international journals, including Hepatology, Annals of Surgery, British Journal of Surgery, and Radiology. He is the editorial broad member of international journals, including The Surgeon and Medicine. He has delivered invited talks in various regional and international conferences on his research work. Based on his academic achievements, he has received several awards, including Gold Medal for Best Original Research, John Wong Young Surgeon’s Award, Young Investigator Award, the G.B. Ong Travelling Fellowship, Presidential Award, International Guest Scholarship and Carlos A. Pellegrini’s Travelling Fellowship by American College of Surgeons.