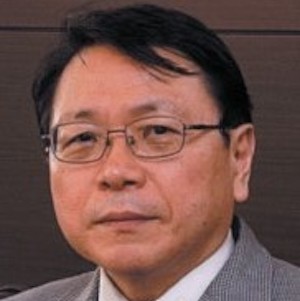 Kazuichi Okazaki was born in Kochi Prefecture, Japan, and has been working in the field of gastroenterology and clinical immunology after he graduated from Kyoto University. After 5 years' clinical training and the award of his Ph.D. thesis, he started his academic career as an Assistant Professor at the School of Medicine, Kochi University, Japan. After 2 years as a visiting researcher at New York Medical College and the University of Medicine and Dentist of New Jersey, he was appointed as an Associate Professor, Kochi University in 1994. In 1996, he returned to the Department of Gastroenterology, Kyoto University, as an Associate Professor. In 2003, he was nominated as Chairman and Professor of the Department of Gastroenterology and Hepatology, Kansai Medical University (KMU), Osaka, and appointed as the Director of KMU Kori Hospital and Emeritus professor since 2020. His main academic interest is in pancreatology and clinical immunology, especially autoimmune pancreatitis (AIP) as an IgG4-related disease, and inflammatory bowel disease. He has published more than 550 English-language articles in the field of gastroenterology. He was appointed as President of the Japan Pancreas Society (JPS) and has been councilor of the International Association of Pancreatology (IAP), Asian Pacific Association of Gastroenterology (APAGE), the Organization of Japanese Digestive Disease Week (JDDW), and Japanese Society of Gastroenterology (JSGE). He organized the committee for the Japanese Diagnostic Criteria for AIP in 2006 supported by the JPS and contributed to the International Consensus Diagnostic Criteria for AIP in 2010 supported by the IAP. He has recently organized nationwide study groups for IgG4-related disease (2010–2013, 2017–2019) supported by the Ministry of Labor, Health, and Welfare of Japan. He has been invited as a guest speaker at meetings held in Asia (Korea, Thailand, Taipei), Oceania (Australia), Europe (Italy) and the United States (APA, AGA).