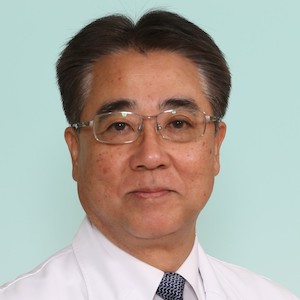 Hiroto Miwa is professor and chairman, department of Internal Medicine, Hyogo College of Medicine, and currently appointed as a vice-dean of the College as well as vice-president of University hospital. After graduation from Kagoshima University Medical School in 1982, he had been working in Juntendo University Hospital in Tokyo, where he had been appointed as assistant and associate professor of the Gastroenterology department. From 1992-95, as a research fellow, he studied at University of Michigan under supervision of Dr Yamada. He has been appointed as a professor of Hyogo college of Medicine in 2004. His research interest is clinical and basic research in the field of upper gastroenterology, especially GERD and FGID. He is productive and has published 335 original and 34 review English articles in the international peer-review journals, 77 original, 462 review articles and 167 book chapters in Japanese. He is deeply involved in activity of many academic societies of GI, endoscopic and internal medicine, and he currently serves Asian Neurogastroentrology and Motility Association (ANMA) and Japanese Neurogastroentrology and Motility Society (JNMS) as a president since 2020 and 2019, respectively.