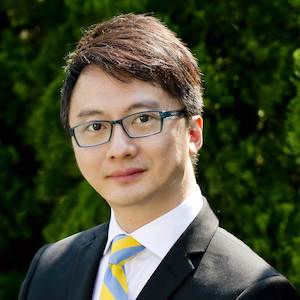 Professor Francis K. L. Chan, SBS, JP, joined his alma mater, The Chinese University of Hong Kong (CUHK), as lecturer in 1997 after completing postgraduate training as Croucher Foundation research fellow in Canada. Rising through the ranks, he became Choh-Ming Li Professor of Medicine in 2005, Director of the Institute of Digestive Disease and Associate Dean (Clinical) in 2010. Since 2013, he has been appointed Dean of Faculty of Medicine. Currently, he is Director of Centre for Gut Microbiota Research at CUHK, and Co-director of the Microbiota I-Center (MAGIC) Limited under the Health@lnnoHK Scheme of the Innovation and Technology Commission, Hong Kong SAR Government. He has also established an extensive network in Mainland China to lead a 100k mother-and-baby gut microbiota cohort. Having published over 700 full scientific articles on gastrointestinal diseases in high impact international journals, his h-index is 113. His research on NSAIDs and aspirin-related gastrointestinal bleeding has led to major revisions to clinical practice guidelines in the U.S., Europe and the Asia Pacific region. His contributions to medical research have been recognized worldwide with many national and international honours and awards such as The David Y. Graham Lecturer; The Andy Martynoga Memorial Lecturer; 27th Seah Cheng Siang Memorial Lecture; Vikit Viranuvatti Plenary Lecture; and the 23rd AJS McFadzean Oration. In 2018, he was elected Honorary Fellow of the Royal College of Physicians of Thailand, and awarded an Honorary Doctorate Degree by the Osaka City University. He is the first Chinese and second in Asia to be conferred the International Leadership Award by the American College of Gastroenterology in 2018. In 2019 ExpertScape named him top 0.06% world expert in Aspirin.