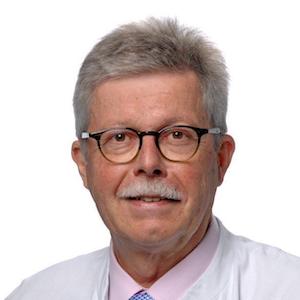 Alexander Gerbes, MD Professor of Internal Medicine, Dept. of Medicine 2, University Hospital Munich, Germany Alexander Gerbes completed his medical studies at the Universities of Munich, Sheffield,UK and SanFrancisco,USA. Following a research fellow stay at Univ. of Montreal, Canada 1991-1992 Prof. Gerbes was granted lifetime full professorship (C3) in 1995. He has served as Vice Director of the Dept. of Gastroenterology and Hepatology and Head of the Liver Centre Munich at the LMU Hospital until 2021. His research has focused on pathophysiology, diagnosis and treatment of liver diseases with emphasis on complications of cirrhosis. In recent years he has had an increasing interest in acute-on-chronic liver failure and in drug-induced liver injury. In 2014 Prof. Gerbes was winner of the m4 Award for Research Innovation in Personalized Medicine. Since 2019 he is the LMU PI in the EU Horizon 2020 IMI Consortium TransBioLine. Alexander Gerbes has authored more than 250 articles in acknowledged journals including Nature Med, New Engl J Med, Lancet, Gastroenterology, Gut, Hepatology and J Hepatol with a lifetime citation of 64 (Hirsch Index). Alexander Gerbes has been honored with the GASL award of the German Association for the Study of the Liver, the Rudolf-Pichlmayr award of the German Transplant Society, the research award of the German Society for Digestive Diseases and with Honorary Clinical Professorship of the Chinese University of Hong Kong. He is a Fellow of the European Board of Gastroenterology, Fellow of the AGA and Inaugural Fellow of AASLD. Since 2010 he has served as deputy editor of GUT. 2017-2018 Prof. Gerbes was President of the Bavarian Gastroenterology Association. Since 2017 he represents the LMU Faculty of Medicine in the Global Alliance of Medical Excellence.