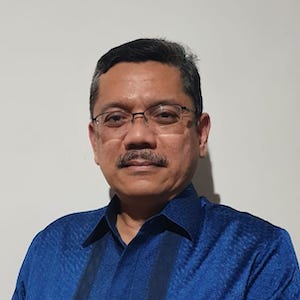 Ari Fahrial Syam is based in Jakarta, Indonesia as an Internist, Consultant of Gastroentero-Hepatology and Professor at the University of Indonesia Faculty of Medicine and Cipto Mangunkusumo National General Hospital. He is also the Dean of the Faculty of Medicine, Universitas Indonesia Professor Syam was initially trained at the University of Indonesia where he received his MD in 1990. He also studied at the University of Queensland in Brisbane, Australia, obtaining a postgraduate diploma and master’s degree in molecular biology. In 2011, Professor Syam was awarded a doctorate in biomedics from the University of Indonesia. Professor Syam’s main areas of research is in the field of H. pylori infection and the pathophysiology of gastric ulcers,GERD and Functional GI disorders and he has piloted several studies and clinical evaluations in these fields. He has published almost 90 articles in high-impact journals, and he is an editor/reviewer for numerous other Indonesian and international publications. Professor Syam is actively involved with several professional associations – he is the current President of the Indonesian Society of Digestive Endoscopy, Vice President of the Indonesian Society of Gastroenerology, and a fellow of Fellow of the American College of Gastroenterology and Fellow of the American of College of Physician.