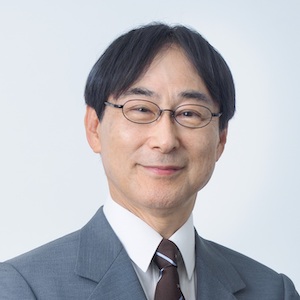 Professor Kitano graduated from Kyushu University School of Medicine and obtained MD in 1976. After surgical trainings in Department of Surgery II, Kyushu University Hospital, he finished a four-year course of Postgraduate School of Kyushu University School of Medicine and received the degree of Doctor of Philosophy (PhD) in March, 1981. In May, 1983, he went abroad to South Africa to learn a new treatment for oesophageal varices, endoscopic injection sclerotherapy, and worked with Professor J. Terblanche in University of Cape Town. Since his return to Japan, he had made efforts to develop the new technique, such as denudation of the oesophageal mucosa for prevention of recurrence of the varices. The article published in Hepatology in 1987 was sensational and gave directions for the endoscopic treatment of oesophageal varices. Soon after he performed the first laparoscopic cholecystectomy in Western Japan, in December 1990, he started to do advanced laparoscopic surgery such as gastrectomy for gastric cancer. The laparoscopic gastrectomy in 1991 was the very first case in the world. In 1993, he moved to Department of Surgery I at the Oita Medical University as acting Professor of surgery and became Professor and Chairman in 1996. For the past 20 years, he has developed advanced laparoscopic operations for the gastrointestinal and hepato-biliary surgery, especially laparoscopy-assisted distal gastrectomy (LADG). He has also investigated endoscopic surgical oncology on how pneumoperitoneum in the laparoscopic surgery would influence oncological aspects. Now, he is playing a major role as project leader in several group studies, including a Randomized Controlled Trial to compare laparoscopic versus open surgery for colorectal cancer (JCOG 0404) supported in part by a Grant-in-Aid for Cancer Research from the Japanese Ministry of Health, Labour and Welfare, a RCT for gastric cancer in Japanese Laparoscopic Surgery Study Group (JLSSG), Japan Research Society for Endoscopic and Laparoscopic Treatments of Obesity, and Japan NOTES (Natural Orifice transluminal Endoscopic Surgery). He served as President of many academic societies, such as the Japan Society of Gastroenterological Surgery from 2006 to 2008, and the Japan Society for Endoscopic Surgery from 2010 to 2016. Now he is President Emeritus for JSES. In October, 2011, he became President of the Oita University. Since then, he has been working his fingers to the bone to make the University more academically international and active as he has done for his department for long.