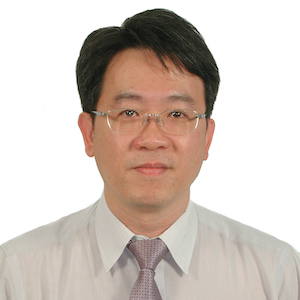 Prof. Hsiu-Po Wang, born in 1961, graduated from the College of Medicine, National Taiwan University in 1988. He completed residency and GI fellow training in 1993. Professor Wang is the current Chief of Division of Gastroenterology and Hepatology of National Taiwan University Hospital and Professor of Internal Medicine, College of Medicine, National Taiwan University. He is the Former President of the Digestive Endoscopy Society of Taiwan (DEST), the Supervisor of Gastroenterology Society of Taiwan (GEST), the Executive Director of Taiwan Pancreas Society, the Executive Supervisor of the Taiwan Association for the Study of Small Intestinal Diseases (TASSID), the Executive Director of the Taiwan Neuroendocrine Tumor Association (T-NET). Internationally, he was once the member of Endoscopy Interest Group of WGO 2013~2015 and a member of WEO Research Committee. He is the member of executive committee of Asian Endoscopy Group (AEG). After training of gastroenterology in 1993, he serviced in the Division of Gastroenterology, Department of Internal Medicine and Emergency Department of National Taiwan University Hospital at the same time for 14 years and then became the Chief of Division of Endoscopy of National Taiwan University Hospital until 2020. Besides his majors of ERCP and EUS/interventional EUS, he also involves emergent endoscopic procedures, IEE, endoscopic tumor ablation - APC, RFA of esophagus/biliary/pancreas, enteroscopy/capsule endoscopy, GI stenting. He has been active in many international meetings and has been invited for chair, speech and live demonstration. He has had more than 440 publications including international textbooks