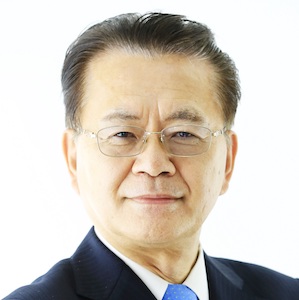 Hisao Tajiri, MD., Ph.D. Senior Advisor (Former President)), Japan Gastroenterological Endoscopy Society (JGES). He graduated from Hokkaido University School of Medicine in Sapporo, Japan, in 1976, and received postgraduate professional training at the Department of Internal Medicine at Cancer Institute Hospital and the Endoscopy Division at National Cancer Center Hospital in Tokyo. In 1995, he joined National Cancer Center Hospital East as Director of the Endoscopy Division. He was appointed to Chairman and Professor, Division of Gastroenterology and Hepatology, Department of Internal Medicine, and Department of Endoscopy, The Jikei University School of Medicine, Tokyo, Japan from 2001 to 2015. Dr. Tajiri is serving as s Professor in the Department of Innovative Interventional Endoscopy Research at the Jikei University School of Medicine, Tokyo since 2015. He has worked scientifically in the fields of various new endoscopic diagnosis and treatment. Dr. Tajiri has published more than 300 peer-reviewed articles and written numerous book chapters. He has served for 6 years (2013-2019) as President of JGES and has now been in the position of Senior Advisor of JGES since June, 2019 and President of Japan Endoscopy Database Institute since March, 2018. In addition, he has been active as Vice President of Asian Pacific Society for Digestive Endoscopy (APSDE). He is also serving as World Endoscopy Organization (WEO) President Elect and will be WEO President from 2022. Dr. Tajiri has been awarded many times for his distinguished research achievements, and received the Japanese Cancer Association Award in 1987, Crystal Award (Honorary Membership Award) from ASGE in 2007, “Princess Takamatsu” Memorial Cancer Research Prize in 2010, International Service Award from SIED (Sociedad InterAmericana de Endoscopia Digestiva) in 2016 and also awarded to ESGE Honorary Membership in 2016. He received Crystal Award (International Service Award) from ASGE in 2017 and Academic Contribution Award of Russian Endoscopy Society in 2017. In addition, he addressed the 1st WEO Honorary Lectureship in December at APDW 2018 in Korea and Sadataka Tasaka’s Honorary Lecture in ENDO 2020 in Brazil. He received Hirofumi Niwa’s Memorial Award in May, 2021.